What is slowing down the rollout of self-driving vehicles? 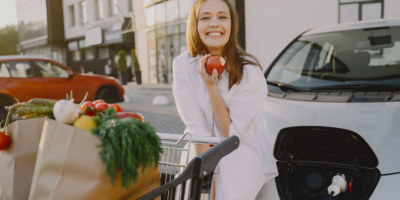 EV Charging for Retailers: How to turn Charging into a Shopping Opportunity? 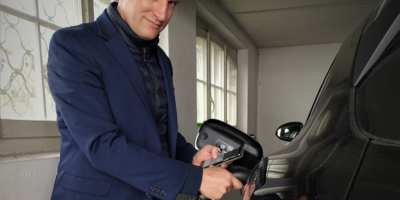 What can we wish for electric vehicle charging in 2020? 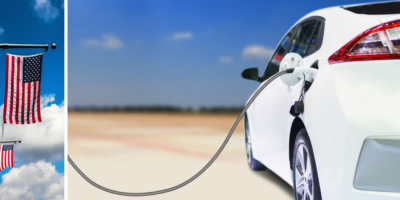 What can make electric vehicles successful in the US?

In the general belief, Self-driving cars have always been seen as futuristic. Let’s just remember how it was represented in the 80s show, Knight Rider, picturing a superhero saving lives thanks to an autonomous vehicle called Kitt. Now you don’t have to be called Michael Knight, driverless technology does exist already but isn’t available yet for the general public. This is just a matter of time until we see cars without drivers; Safety, convenience, traffic congestion and cost reductions are all important benefits which would make driverless cars a success. That’s why we need to understand what is making us wait for these intelligent cars?

What is going on?

Thanks to the investment of innovative giants such as Google, Apple and naturally Tesla, lots of self-driving prototypes have already been tested successfully. Especially, Tesla which has already equipped production cars with his own autonomous solution. The system is however restricted for regulatory reasons and can only work with human supervision (Hands have to be kept in contact with the steering wheel to work). Google and Apple have a strategy to create self-driving software’s with the objective to resell licences to traditional carmakers. These mobility-as-a-service strategies could well be offered to a multitude of personal drivers, taxi (e.g Uber) or car sharing companies. Apple is clearly focusing on this approach instead of releasing cars. Self-driving parts provider such as Nvidia could be a major beneficiary of this change as this market could well weight billions in a near future.

What are the slowing down elements of autonomous vehicles?

As we generally agree that this technology will be part of our life, let’s analyse what could slow down the rollout of autonomous cars.

The mobility platform for driverless vehicles is core and would be the main trigger for a successful self-driving car rollout. System reliability, performance and security are key!

An autonomous car driving on public roads have to be 100% reliable. We are used to working with computer systems which do crash from time to time. Consequences of a system failure in an office are almost a casualty but could be dramatic on the road. Let’s simply imagine what could happen if the autonomous self-driving system would shut down while cruising on a highway with 120 km/h or even worse in a crowded city. The potentiality of a system breakdown cannot be tolerated. The solution would be to build up a sort of backup system which could be activated on emergencies.

Performance of the system shall include a tremendous amount of parameters to manage unpredictable outdoor conditions like ice, snow storm or to avoid wild animals like deer, elk, caribou or Kangaroos. That seems crazy for Londoner but any Canadian or Australian would surely agree on this! We shall also imagine that these cars would drive around people with unpredictable attitude. For example, in cities with the anticipation of kids, bicycles or addicted smartphones users.

The system shall be of course highly encrypted to avoid any piracy or kidnapping to happen. Especially, if we consider that future cars could be sold without a steering wheel and controlled by a central unit.

In simple terms, we do need a driving licence to drive on the road and so would a driverless car have too. Governments are going to have to legislate about the usage of driverless cars or more precisely a certified system standard to ensure a sufficient quality level. A step by step approach could be preferred with half automated cars driving autonomously on highways than on secondary roads to end up with a full rollout in cities.

As of today, you are responsible for the way you are driving, that makes you automatically the insurance holder of your car. If we suppose that the car would drive on its own, the insurance possessor shall be the car maker or self-driving system rather than the driver. The reason is that the so-called car OEM (Original Equipment Manufacturer) will become the driver and you the passenger.

“Spass am Fahren”, Driving pleasure is the advertisement title of BMW which clearly target car “pilot”. Therefore, how can they be interested to push self-driving cars while they are selling the idea of driving lifestyle? Existing carmaker could become the big losers of this transition if they do not invest massively in this technology. Thankfully the capitalisation of these carmakers and R&D capabilities are mighty so we can believe that they do work on it… As they did for electric vehicles… This would mean that they are building up prototypes without really pushing for a proper rollout. This is understandable if we consider that autonomous vehicle would reduce the number of cars on the road. Why would your family need two cars when one could fit all jobs? Driving you to the train station or bringing kids to school, one car could manage it all. Furthermore, why would you need to own a car if you can use a sharing service and have it in demand? This is not a surprise if BMW and Daimler Benz are investing in car sharing companies and this is probably also the model to follow because car sales are going to fall down. They should also not underestimate the tech giants which are going to roll out autonomous cars. Tesla proved that it was possible to rollout competitive production e-cars, Google could well be the next autonomous vehicle leader. Key is to follow customer demands, don’t underestimate the technological development and make correct partnerships.

Last but not least, YOU! Do we want to become a passenger after being used to be in control for decades? Do we want to own a taxi? These thoughts are clearly coming from today’s driver generation. Growing up dreaming about Ferrari F50, Lamborghini Diablo or Porsche 911 and considering a driving licence as an achievement, it’s definitely hard for this generation to imagine losing this “driving feeling”. Nevertheless, if we consider that road restrictions of all sorts are growing with increasing traffic, driving pleasure is also decreasing. Moreover, the concept of owning a car would also lose its interest with the ease of use of a sharing concept. This would most certainly start in cities due to parking limitations and slowly be moving to suburbs. Broader acceptance would just be a matter of time.

Once the self-driving technology will be proven 99.99% reliable and secure, it will just be a matter of years until we see cars without drivers on the road. Regulation, insurances would have to be adapted but road safety and service benefits will overcome any potential reluctance. Car maker along with new players are going to follow this trend because it simply makes sense.

Let’s now focus on what could speed up the rollout of electric cars, any thoughts?

EV Charging for Retailers: How to turn Charging into a Shopping Opportunity?

What can we wish for electric vehicle charging in 2020?

What can make electric vehicles successful in the US?